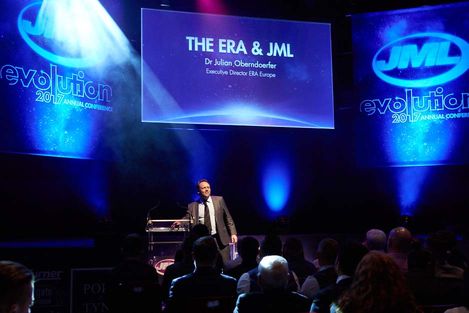 JML reported great results in 2016 – an important part of the success was due to sales outside the UK.

JML have now sold almost all their international subsidiaries to companies that have now become their distributors in those territories. They report that this is working extremely well for all sides. The only remaining subsidiary is JML Germany which is profitable and growing strongly.

JML has a great line up of new products in the pipeline and fully expect to increase their turnover in 2017 once again. The decision to shoot infomercials in the USA will give both their domestic and international businesses a further boost.

JML has commissioned the first two of a series of original self-produced infomercials to be launched this year for both its UK and International operations.

The infomercials are being produced by Scarpaci/Kelly Productions – the award-winning Los Angeles based creative agency and advertising production company whose clients include Beachbody, Guthy Renker, The Walt Disney Corp and P&G.

This represents a major investment by JML and will be the first time JML has produced its original infomercial programming in the U.S.

This is part of an overall strategy to develop and launch a number of new, highly innovative and exciting JML developed products during 2017 supported by original, self-produced DRTV infomercials with major, high production values.

The first of these new DRTV promotions was launched at ERA, Puerto Rico at the end of February.

The event was held at The Sage, an iconic building on the banks of the River Tyne in Gateshead, in the north east of England.

Julian presented to an audience of over 300 people, both staff and key business partners of JML, an outline of how ERA Europe greatly benefits the industry, and the importance of JML as a member. There was no doubt that Julian’s message was extremely well received.

There was also no doubt that Julian greatly enjoyed the already legendary post-conference party, which was held at the nearby Hilton Hotel and was fancy dress and horror-themed!