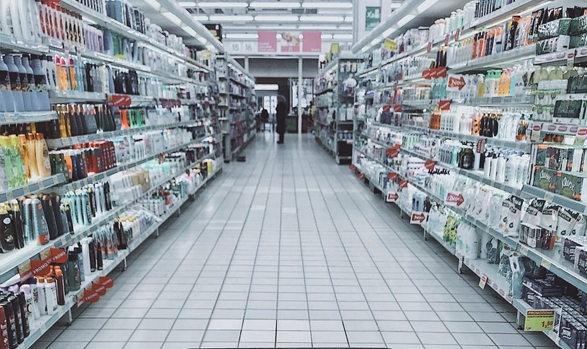 How will the world of retail look in the future?

JUST A FEW years ago, the widespread prediction was that bricks-and-mortar retail would fall by the wayside or even collapse entirely. That has been proved wrong: organisations large and small, old and new, have shown great resilience, and an enormous capacity for innovation. Far from falling off a cliff, companies have pivoted and remained firmly rooted and competitive by embracing flexible business models. There is no doubt, however, that things are changing in retail and will continue to change. Major disruptors are tearing through established industries and retail is no exception. At the centre of all this is the steady migration of retail to the digital world.

Bricks-and-mortar retail is not dead––or dying

E-commerce is informing how we shop, but it isn’t replacing bricks and mortar. Only Amazon, eBay and a handful of other e-commerce-only retailers have grown to a stage at which they have meaningful influence. In the U.S., the list of top 10 retailers is still populated mainly by traditional bricks-and-mortar stores, such as Walmart, Home Depot and Target. In fact, it’s telling that Amazon has purchased bricks-and-mortar chain Whole Foods. In the UK, a report by the CBRE found that most global millennials prefer bricks-and-mortar retail stores, despite growing up in the age of Facebook, Instagram and online shopping. And in the US, 77% of those born after the mid-1990s said the same. These millennials have displaced baby-boomers as the biggest buying group. Bricks-and-mortar retail is in rude health.

The normal waiting time for products ordered online is, at present, around two days, but already that’s started to change. With the rapid development of drone technology comes the potential for organisations to dispatch items to customers and have it on their doorstep not only within the day, but within just a few hours. Amazon, for instance, have talked with confidence about the possibility that customers will receive items from the retailer within just half an hour. And it’s just as well: in the era of convenience, driven by on-demand services like Uber and Deliveroo, individuals increasingly expect to receive whatever they want with minimal delay.

A startup called WePlenish is just the first indication that in the not-too-distant future, tea, coffee, snacks and anything else found in your average kitchen will effectively restock themselves. It’s likely, however, that bricks-and-mortar supermarkets and grocery stores will stock unusual items while “smart kitchens” take care of the basics. Not everyone wants a Christmas Turkey year round.

It won’t be long before a trip to the local shop becomes an experience in the same way that going to the cinema is an experience. We may well see shops taking advantage of technology to offer digital dressing rooms, so customers can see how they look in a set of clothes without having to try them on. Already, apps exist that allow uses to compare makeup colours and clothes and receive recommendations. The possible ways in which retailers will be able to take advantage of this kind of technology is limitless. And shops could increasingly use floor space to host special events for their customers or offer in-store-only sale opportunities.

As the process of choosing and buying becomes increasingly streamlined and the retail industry adapts, we can be certain that different retailers will find different ways to engage with their customers. JML was innovative––even revolutionary––when it was launched in 1986. Today, we’re paying tribute to our past by looking to the future. But other retailers in Britain and elsewhere have already shown an extraordinary determination and ability to adapt to change, and have done so with success. Now is a time for these same retailers to be creative, and to explore the many ways in which they can use the technology of today to serve their customers better.