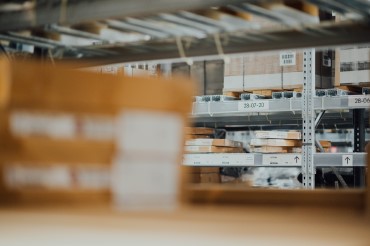 Will the Consumer Reign in Amazon?

‘UK RETAILERS SEE 6% drop in shopper numbers,’ ran one headline recently. ‘More clouds gather over UK retail,’ went another. Swipe through your morning news feed and you’ll have the impression that wherever you look, you’ll find the detritus and charred remains of the latest victims of the ‘retail apocalypse’.

But not all of us agree that the doom and gloom is justified. Tesco and the other major UK supermarkets continue to show growth, while JD Sports and Primark are large British retailers that have announced healthy rises in sales in spite of all the challenges. German discounters Aldi and Lidl are opening stores at a rate of knots in the UK, as well as other international chains including Hema, Tiger and Forever21 that are coming into the country and expanding operations––hardly the thing to do in a moribund market.

Retail is certainly evolving, however there is no doubt some retailers are suffering due to their inability to adapt quickly enough to this new landscape. The Internet is of course the driving force for these changes––specifically the rise of e-commerce, rapid delivery services and the prevalence of price comparison and review sites. And then there’s Amazon, which is not only opening its first super automated Amazon Go store in London as well as other European cities, but is actually planning ‘the end of shopping’ where its algorithms simply send you items it ‘knows’ you will want to buy.

Amazon has changed the way we shop

You’d be hard-pressed to argue that Amazon hasn’t changed the way we shop in a fundamental way. ‘Showrooming’, or the practice or perusing items in a bricks-and-mortar store before ordering them online for less money, has entered the lexicon. The ‘Amazon effect’ means that all consumers, whether buying online or in person, expect the kind of pricing and convenience that Amazon offers. There’s one-click buying, a marketplace that welcomes small third-party sellers and unconventional return policies that allow the buyer to keep the original item. And we can expect that disruption to continue.

But no organisation is infallible. Take a look at Silicon Valley, for instance. Not long ago it could do no wrong. Steve Jobs was a modern American hero, a visionary that put iPhones in the pockets of the public. Mark Zuckerberg was the wonderkid who changed the way the world was connected without having to put on a suit or leave his computer. Swashbuckling Uber, and its abrasive leader Travis Kalanick, aggressively moved into the cities of the world and changed urban life irrevocably. Fast forward to today, and Uber is still recovering from the allegations of sexism and prejudice made by Susan Fowler. Facebook has been accused of allowing Russian hackers to penetrate the platform, while its former senior executives have alleged that it exploits human vulnerabilities. Criticism of Apple, meanwhile, has its own Wikipedia page.

Amazon’s past, present and future

Amazon has had its own problems. There have been allegations of tax avoidance, the selling of offensive products including Nazi t-shirts, poor treatment of workers and more. Scott Cleland, a tech policy official and research consultant, believes Amazon has ‘big antitrust problems in its future’. And though a public backlash of the kind experienced by Facebook and Uber (both of which spawned a #Delete hashtag) has yet to come, one might be on the horizon. Amazon’s entire business model is structured in such a way as to have damaged other industries. By delaying profitability and investing in itself, Amazon outpaced competitors who needed to show returns to their shareholders. And while this might be interpreted as shrewd business on the part of Amazon, in a broader sense the kind of competition that leads to true innovation has been lost. Without competition and creative conflict within a sector, there are fewer new ideas. You could say that individual companies with little internal diversity are a kind of microcosm of this phenomenon. Without differences of experience and outlook within a company, there is little creative conflict and therefore less innovation.

How long will it take before there is a negative backlash against Amazon?

Meanwhile, the allegations of poor employee treatment are worth looking into a little more closely. A British journalist undertook an undercover investigation and found workers so exhausted by long hours and relentless targets they were falling asleep on their feet. Toilet breaks were reportedly timed and some workers were made to do compulsory overtime. As a growing body of evidence shows the importance of company culture, particularly among the Millennial generation, you wonder how long it will be until there is a more substantial negative reaction against how things are run on the Amazon warehouse floor.

What is hugely relevant to ERA Europe members is that most of us, including JML, sell through Amazon in some shape or form. And each day, hundreds of counterfeit items purporting to be sold by companies like JML appear at knock-off prices. The goods often take weeks to arrive or are air freighted from China and are typically of substandard, even in some cases, dangerous quality. And if you ask Amazon to take down a product, they’ll tell you to order it yourselves, submit it to your own testing and then share your results with them. I hardly need to add that such a process is unlikely to solve the problem. This has implications for consumer trust and a company’s reputation for quality and efficiency. With just a few clicks it’s easy to see whether a seller is who they say they are, but so efficient is Amazon’s service, and so reliable the retail giant is perceived to be, that few think to do this. This risks forcing the hand of the seller, and many of them are considering pulling their products from the platform. In the U.S., Amazon has settled class action lawsuits on this very matter out of court.

Amazon is undermining its relationship with the rest of the sector.

It bears remembering that an organisation the size of Amazon has many layers and many decision-makers. Scrutiny and enforcement of practices can be difficult. But it should also be considered that Amazon, however powerful it may be, is ultimately reliant on its people and on the businesses that sell products through the platform. If trust is to be restored, and all parties are to benefit, perhaps it ought to pay more attention to those on the warehouse floor and those that are undermining its relationship with the rest of the sector. If it fails to do so, it won’t be long before people start to leave, products start to be pulled and the public rounds on them, too.