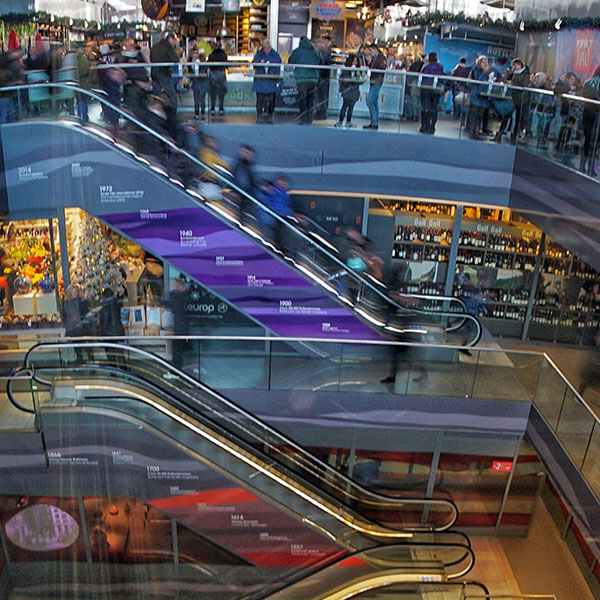 Why retail needs to keep its talent

SEVERAL WEEKS AGO, I issued a warning of sorts. My intention was to reach retailers whose preoccupation with profitability in these times of upheaval was, perhaps understandably, blinding them to the concerns of their staff. My article was also a response: Mark Price, the former managing director of Waitrose, had noted that retail staff were among the unhappiest in any industry. He had found, through his engaging works website analysis, that only 58.2% of retail workers said they were happy at work. The average is 64.7%.

I wasn’t surprised, therefore, when I read this week that the Recruitment and Employment Confederation had urged retail staff to consider how they might transfer their skills into other sectors. One headline ran: ‘Retail workers should transfer skills to other sectors as job losses mount, say experts.’. In the space of a month, unhappy staff have potentially turned into jobseekers. And retailers, who need both agility and adaptability to be efficient and productive in these times of change, will soon find that the talent they need to turn ideas into action has disappeared.

And this is why retraining and upskilling is absolutely vital. The retail sector will change dramatically, but it will continue to exist and it will continue to thrive, and it will still always need staff who understand the industry well. The high street of the near future might not, for example, have shelf-stackers or cashiers, but it may need experiential shop assistants, retail consultants giving tailored advice or even an in-house bartender. After all, the Apple Genius Bar, which provides concierge-style tech support for customers, did not exist until there was a felt need for it to do so. It is highly likely that new roles will emerge, apparently out of the blue and all of a sudden, and those roles are best filled by someone with retail in their blood. Crucially, automation can’t––and may never––replicate the interpersonal connection of a customer and a well-trained store associate.

Promoting constant development and skill acquisition within an organisation helps to strengthen a wider culture of constant innovation and flexibility, and it is businesses with that kind of culture that will successfully ride out the so-called retail apocalypse and emerge as the big players in the new-look retail world. If an organisation like that also promotes openness and communication at every level, those on the shop floor will not only be able to generate and contribute ideas, but they may also find themselves in a position to define their own roles, so that they continue to add value as things change around them.

And though the margins in retail are small, there are many misconceptions surrounding levels of employment and profitability. Retail expert Zeynep Ton from the Massachusetts Institute of Technology studied American chains including Costco, Trader Joe’s and the Spanish Mercadona after noticing that they consistently reported above-average earnings and paid their store workers well above average. What Ton found is that these stores had made a conscious effort to design operational systems that empowered their workers to be more productive. ‘Highly successful retail chains … not only invest heavily in store employees but also have the lowest prices in their industries, solid financial performance, and better customer service than their competitors,’ she wrote in Harvard Business Review. Her findings were echoed by Kevin Swanwick, senior director of retail solutions at Manhattan Associates, who called technology an ‘amplifier’ of people, rather than a replacement. He told RetailDive that ‘store employees are responsible for delivering a tailored selling and service experience across both digital and physical channels.’ He added that ‘you can’t automate the actual person who needs help in a store.’

Times of unpredictability can be extremely stressful, and job insecurity even more so. It is not the responsibility of those working in retail to go on as before. It is the responsibility of those higher up to empower their staff and to work to create conditions in which they can thrive. If they can do this diligently, everyone stands to benefit. But if they neglect their staff, they will likely find that no matter how innovative their ideas, they will have no one to execute them.